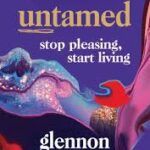 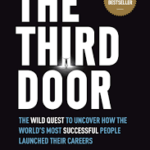 The third door takes readers on a non-stop adventure ride, from bill Gates’s Seattle office to a nightclub with lady gaga, from a campus event with Steven Spielberg to a massive arena with warren buffett, as Alex banayan pursues his “mission” passing on the secrets to career success to a younger generation. Banayan spent five years traveling the world, decoding the insights of some of the world’s most remarkable people. Through interviews with bill gates, jane Goodall, Steve, Maya angelou, Larry king, Jessica alba, pitbull and a host of others, banayan discovers the key they have in common: They all took the third door, the unconventional path. Banayan reveals the specific strategies and tools he learned that will have others taking your call, listening to your pitch and inviting you in. But at heart, the third door is as much about Alex banayan’s own coming-of-age journey as he gathers the breadcrumbs and insights that he hopes will instruct and inspire his generation to achieve greatness themselves.

Be the first to review “The third Door Banayan, Alex” Cancel reply